Catering for kids with coeliac disease in a childcare environment 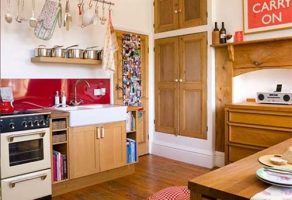 Here is a post which was popular from my old blog when my children were younger and were in nursery and a few different child care environments.  Many people have found that passing on the link to this post to a new childcare provider has helped all parties understand the cross contamination complications and therefore easing the move to the new environment.
There is a lot of info online, so these are just a few pointers. Cross contamination is when gluten free food comes into contact with gluten, which might not be obvious. For example, your gluten free toast may come into contact with gluten containing crumbs which have been left in the toaster.

Unfortunately, even the smallest amount of gluten may cause symptoms to return in the short term, and, in the longer term, result in damage to the lining of the gut in someone who has coeliac disease. One of the main reasons for experiencing continued symptoms is due to cross contamination.

What is Coeliac Disease

Coeliac disease (pronounced ‘see-liac’) is a serious illness where the body’s immune system attacks its own tissues when gluten is eaten. Gluten is a protein found in wheat, barley, rye and oats. This causes damage to the lining of the gut and means that the body cannot properly absorb nutrients from food. It is not an allergy or food intolerance. Other parts of the body may also be affected.
If you have coeliac disease and/or dermatitis herpetiformis you have to avoid gluten for life.
The gluten-free diet is the only treatment for the condition.
On the gluten-free diet you can eat many foods including meat, fish, fruit, vegetables, rice and potatoes.
You can also eat gluten-free substitute foods and processed foods that don’t contain gluten.

The main website for Coeliac is Coeliac UK which is the charity for the condition, you can join from £24 a year and have more resources, but there is still quite a bit of info you can access without joining.
This page particularly shows the recipe for gluten free play dough.

If you see any of the following on a food label you know that the food can be included in a gluten-free diet:

Look out for the words wheat, barley, rye, oats or gluten in the ingredients list. If you see these words listed on a food you need to avoid it.
Author: EggainstTheGrain
Filed Under: Living with Coeliac Disease, Uncategorized
A Dose of Cake – a desensitisation therapy for an egg allergy
Vanilla & Almond Cake with aquafaba (GF, VG, V)