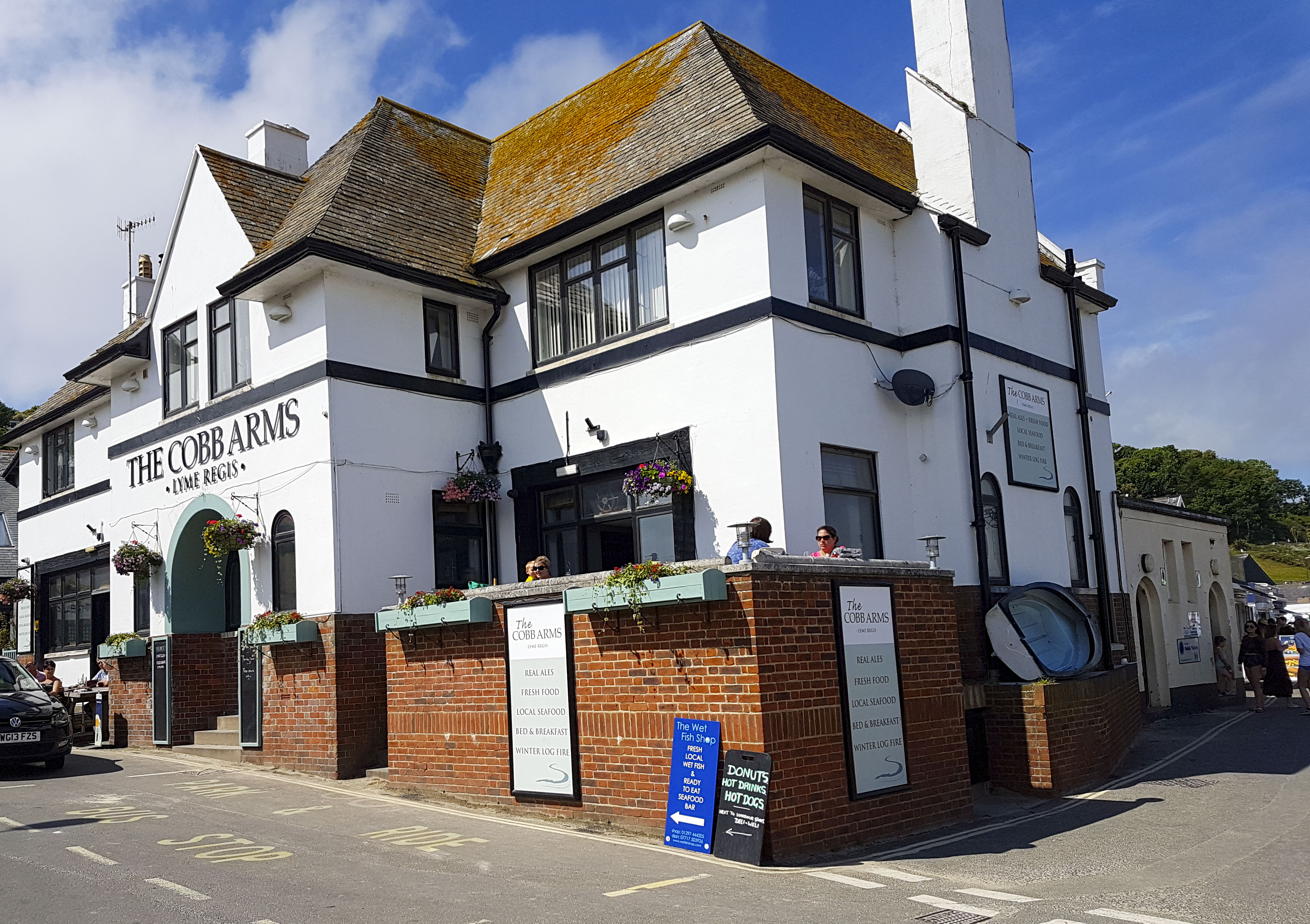 We just came back from a beautiful relaxing retreat from one of our favourite holiday destinations around the Jurassic coast in Dorset. We love the freedom the kids have to run around on the beautiful, rugged coast line and the rolling hills.  There are perfect opportunities to go fossil hunting and we often finish off a busy day by walking along the Lyme Regis cobb when the sea is calm or when there are giant splashing waves.  Luckily too, we have always been assured that we are safe to eat at The Cobb Arms which has until very recently been run by a lady who has coeliac disease, so has a designated gluten free area in the kitchen and an extensive gluten free menu.

We were quite surprised then to turn up and everything looked a bit different. There was a lot of gluten free food on the menu, but when I asked if the food was cooked in a separate area the waitress looked somewhat bemused. I asked about cross contamination and if it was safe for coeliacs but she glared rather confused into the distance. A man quickly jumped in to say that they take gluten free food very seriously but there was no separate area, just separate fryers. He assured me it was safe. .

The menu is great with lots of choice for the gluten free options. It includes all the burgers, fish and chips and a few healthier options. The girls wanted the burger but as the meat was bound with egg, my eldest couldn’t have it due to her egg allergy. They were more than happy to swop for the fish and chips. There were no kids portions, but they were happy to split the dish in half. I ordered the pan fried salmon which was a slightly lighter option. 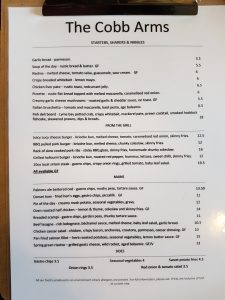 The food arrived promptly despite being very busy, and they were quite substantial portions. The kids gobbled everything up pretty quickly, admittedly they were pretty hungry. The fish batter was very crispy and my salmon was tasty and as expected. The food was perfect for what we needed, no surprises and what is now pretty standard good quality pub food.  For many people who have coeliac disease or are gluten free, this is all we need really. 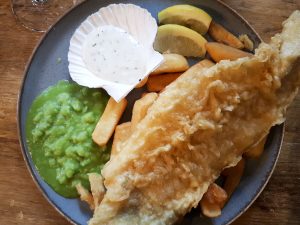 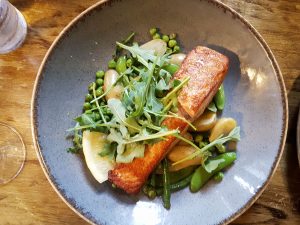 We were going to stay for pudding but nearly all the dishes had egg in that wasn’t baked for 20 mins, so we decided to wander along the promenade and go to a tasty looking ice cream shop which I spotted (review here).

To summarise, we gave The Cobb Arms under new management a thumbs up. This review is written a few days later and the kids were perfectly fine with no reaction. The assurance of having the head waiter take our order and communicate with the chefs is extremely helpful and assuring. They are obviously really interested in taking on catering for gluten free and seem to be doing it well. I will be posting my Coeliac UK campaigner leaflets over to them, you never know, it may end up as an accredited venue.

1 thought on “The Cobb Arms, Lyme Regis – A review”